MODSquad Cycles is a family-friendly bicycle shop located a few blocks north of Central Park in the South Harlem neighborhood of New York City. We specialize in maintenance and new bike sales and cater to all levels of cyclists with a broad selection of road and commuting bikes including: single speed, time trial, and kids bikes.  MODSquad is also the one-stop shopping venue for all family biking needs including: balance bikes, tricycles, infant seats, and trailers.  Watch our video to learn more! 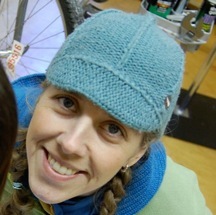 Sarcastically called “shop mom” by her employees, Danielle loves running the bike shop from both near and far.  She  delights in seeing the smiles on people’s faces when they find that just right bike or when a kid gets antsy to ride.  An avid biker, she “won” the 2010 edition of the “Blood and Guts” ride to Sheffield, MA.  Riding highlights include: climbing the Col de Peyresourde on a mountain bike and climbing Tuscany’s bianchi strade.  Most of all, Danielle likes to ride bikes these days with her kids, who amuse her to no end.


OYÉ CARR - Owner/Operator
After two years riding in Germany’s Silberwald and France’s Vosges, Oyé  is back at the

helm of MODSquad Cycles.  To be clear, he did not race in Europe and his low-light was breaking his chain 500 meters into climbing the Col des Belles Filles during the 2012 tour (the forgettable one starring Bradley Wiggens – sigh).  He’s happy to be back,  looking forward to telling stories, and delivering MODSquad’s Harlem-famous customer service.  (PS – The picture above is of me getting shellacked on a climb in the Vosges.  Calling a picture break seemed like a good way to stop the pain) 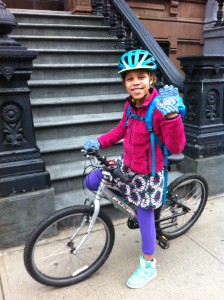 The thing is…even though I’ve been riding since I was 3 I don’t really like it. Most days my dad and mom make me ride to school.  Once I get going, it’s ok (I guess) and I like catching runners going up Harlem Hill.  I know that it’s good to ride because it’s better for the environment and dad says when the “ZA” (Zombie Apocalypse) comes we’ll need to ride our bikes to get out of New York. So I guess riding is ok if it helps you get away from “Z”’s (Zombies).

Looks like I’m due for my next bike this year. I’m as tall as my Mom but not quite long enough to inherit one of her bikes…yet. Thinking of getting a BMX bike or a Focus cyclo-cross bike. The most important consideration is to ride faster than my dad, which shouldn’t be too hard since he’s fat. (Dad’s note – this perception only valid for 11-year old sons.) 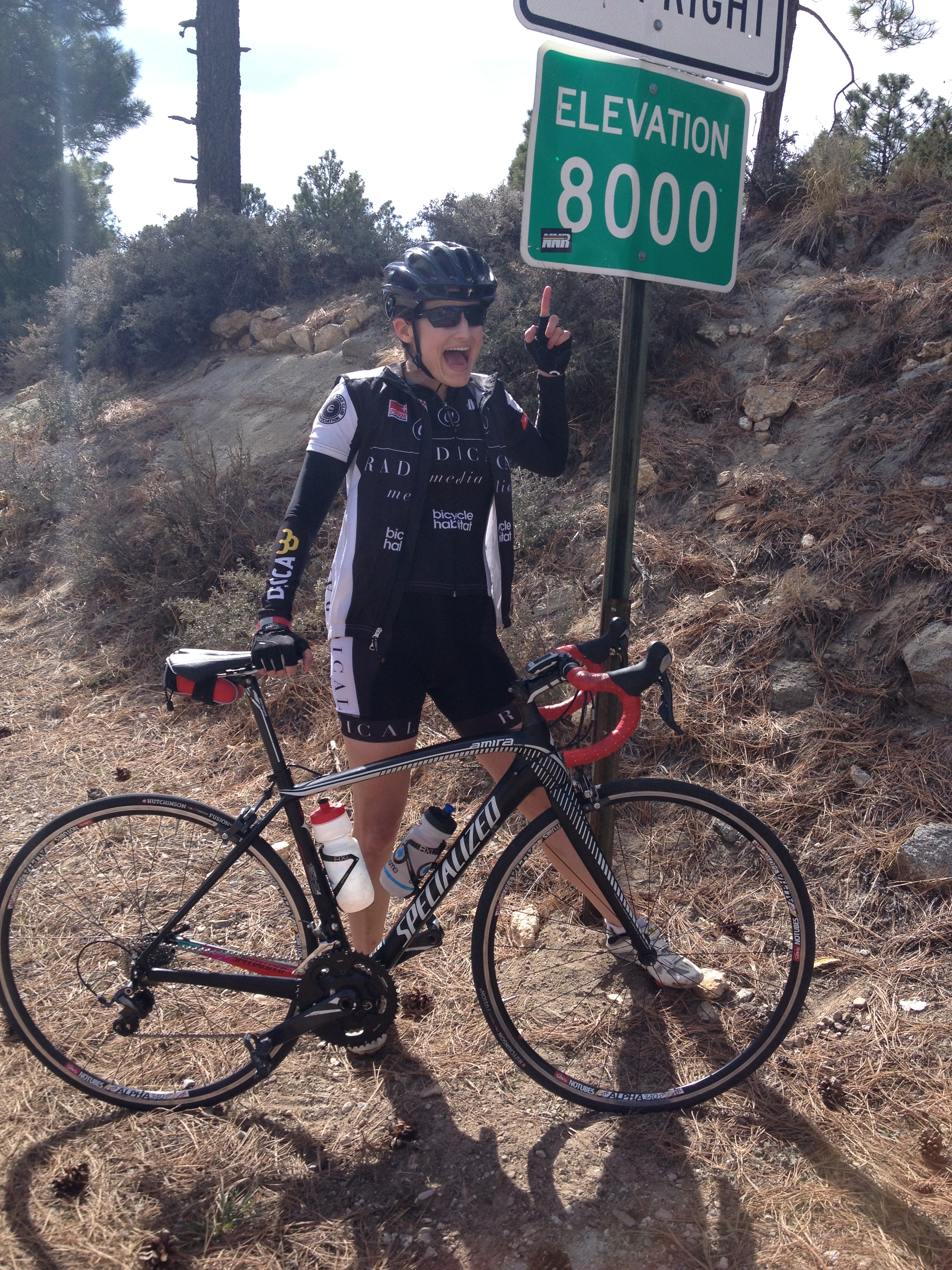 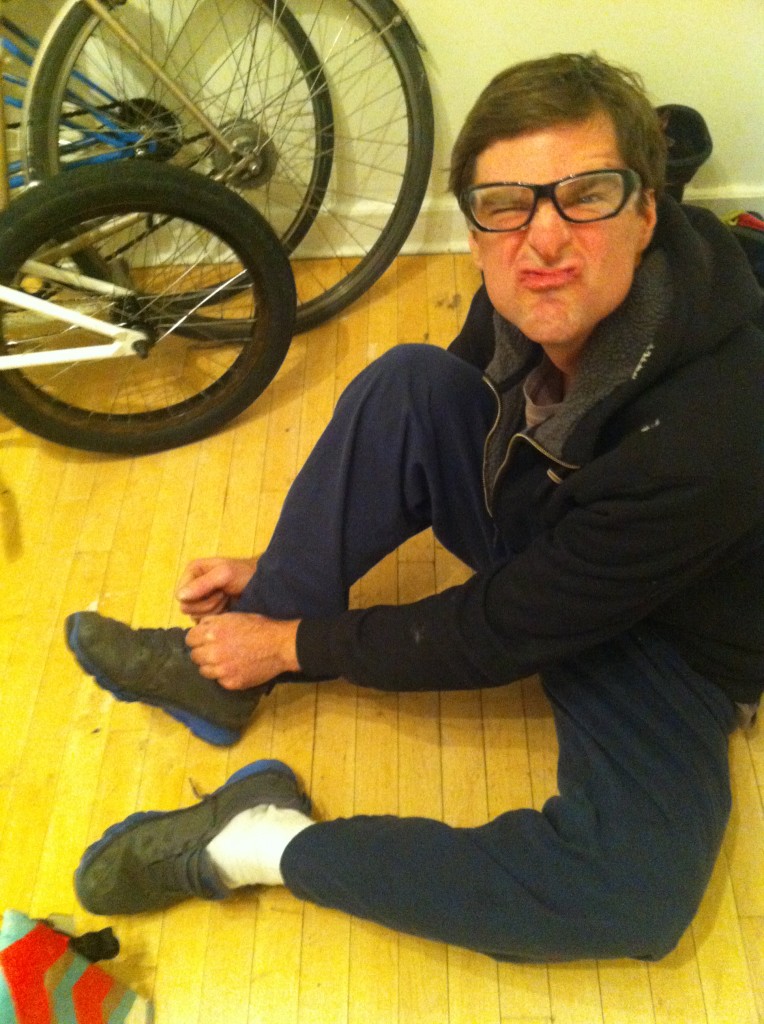 A few things about Jeremy… He can bunny hop 15″. Half his life he has been a bike mechanic. If he could have it his way, the shop’s alternative currency would be sweet potato pie. His goals are to grow 2 inches, spoof Jesus’s BMX videos, organize workspaces and work as a prolific fabricator. You’ll recognize him by his signature safety glasses.  Jeremy says he is always happy to meet new people and that you should stop by and say hi. 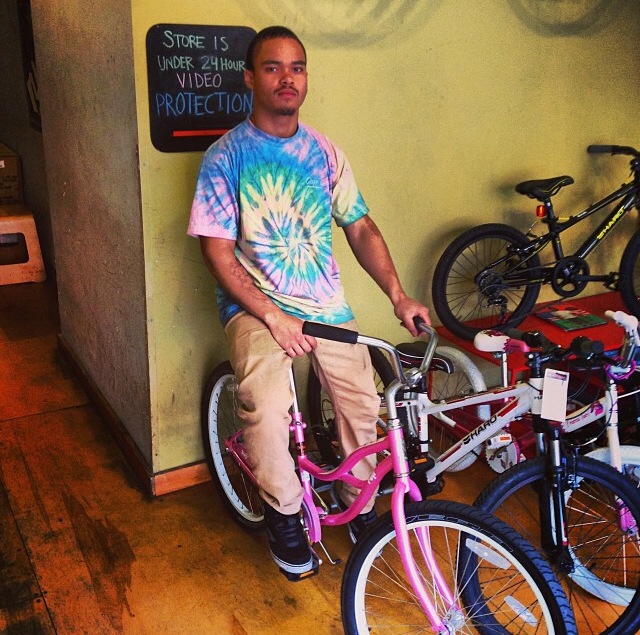 A few things about Jesus… He can bunny hop  33″. Has an uppercut you won’t remember. Speaks Spanish and is a fixture in the MODSquad crew going on 4 years of service. Outside of MODSquad you’ll find him somewhere between Harlem and Columbus Circle riding, filming and making BMX history.